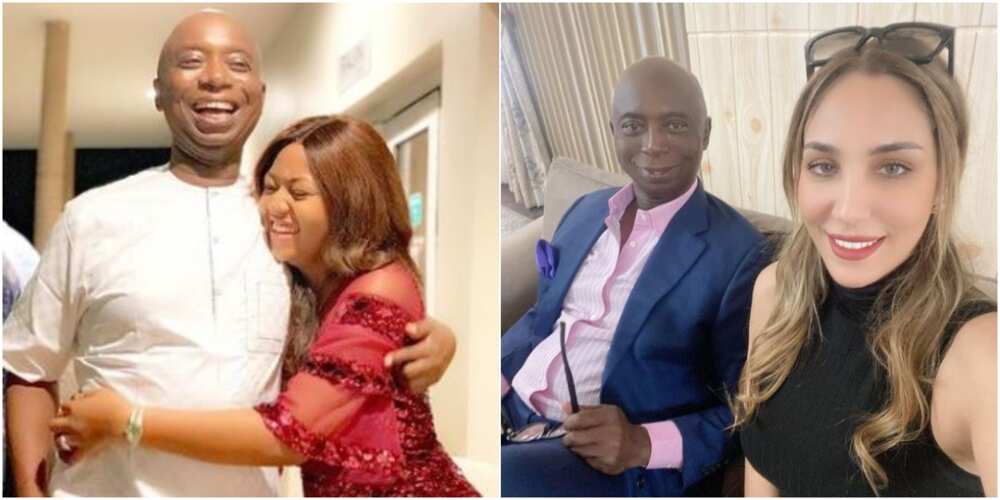 Overview Of: I marry women to save them from ‘sleeping around’, Regina Daniels’ husband Ned Nwoko says

Nigerian politician and billionaire lawyer Ned Nwoko has spoken on his taste for young wives – The billionaire, in an interview, revealed that he marries to save young women from going into prostitution among other things – According to him, marrying more than one wife would also help the economy and he explained how

Popular Nigerian politician and husband to actress Regina Daniels, Ned Nwoko has shared some insight on why he has more than one wife and prefers to marry young women. In an interview with BBC Igbo, the billionaire explained the economical reason behind his choice of polygamy. According to him, the average northerner has at least two wives and they are helping society by preventing these women from being promiscuous.

Ned Nwoko has explained why he is a polygamist with many children. Photos: @princenednwoko Source: Instagram

” He also said the polygamist nature of northerners has helped to increase their population in the country and made them the majority. Nwoko also complained about how enlightenment has encouraged monogamy even though it is not our culture.

The Moroccan beauty was thrown a beautiful birthday bash attended by family and well-wishers. She also left fans pleasantly stunned when she showed off the Range Rover car her husband got for her. Laila’s 30th birthday is no doubt one she won’t be forgetting in the hurry as clips shared to her Instastories also shows that she received a Rolex watch as well.

Rexxie – Back 2 Back ft Bella Shmurda